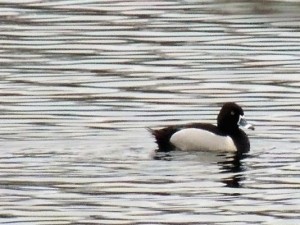 MADISON – Waterfowl breeding populations in 2014 are mostly good to excellent in Wisconsin and North America, according to recent surveys by state, federal and Canadian wildlife officials.

The surveys were conducted by Wisconsin Department of Natural Resources, the U.S. Fish and Wildlife Service and Ontario Ministry of Natural Resources. The USFWS survey showed the highest North American duck population estimate in the 59-year history of the survey.

The full report is available by searching the DNR website dnr.wi.gov for ‘waterfowl breeding population survey.’

A final piece of supplemental information is provided by the USFWS through their breeding waterfowl survey for the northern U.S., Canada and Alaska.

Waterfowl breeding areas in North America showed mostly good to excellent conditions in 2014. The quality of duck breeding is expected to be high overall. Wetland conditions were on the rise in all regions of Wisconsin’s breeding waterfowl survey – this should provide good brood rearing habitat. However, widespread flooding, a late winter and irregular migration timing impacted survey conditions and created challenges in generating state population estimates.

“The recent trend of wet conditions, increasing duck numbers and liberal regulations is very exciting,” said Van Horn. “Many older waterfowl hunters have experienced years with drought, shorter seasons and low breeding populations — with the help of many agencies, conservation organizations and hunters, we have placed ourselves in a position to enjoy great hunting all over the continent.”

In Wisconsin, the spring waterfowl survey provided mixed results, with a total breeding population estimate of roughly 395,000 ducks. This estimate shows a decrease from 2013 and is below the long term average.

“These are population estimates, not exact counts, so changes of 20 percent (whether an increase or decrease) may not reflect any real change in the actual population and are best viewed as trends,” Van Horn said.

The trend in the total breeding duck population in Wisconsin has been relatively consistent the last ten years in the range of 500,000 total ducks. The mallard and wood duck portions of this state total have provided more stable contributions, while the blue-winged teal and “other duck” survey estimates have been more variable.

Mallards are the number one duck in the fall bag, accounting for nearly 40 percent of the total fall duck harvest in Wisconsin. The 2014 continental mallard population estimate of 10.9 million is the second highest on record. The Wisconsin mallard population estimate of 159,000 is statistically unchanged from 2013 and consistent with a stable trend experienced over the past ten years.

The second most abundant duck in Wisconsin, registering at close to 20 percent of the total fall harvest, is the wood duck. The 2014 breeding population estimate of 104,000 is similar to 2013 and consistent with a stable trend experienced over the last ten years.

Conservation funding and the efforts of Wisconsin’s waterfowl hunters have protected and managed wetland and upland habitats crucial to the maintenance of these breeding duck populations statewide.

Most of the remaining 60 percent of regular season goose harvest is supported by a second population of Canada geese that breed along the Hudson Bay coast in northern Ontario. Although Wisconsin shares this population with other states, it is unique in that these birds comprise over half of the state’s annual harvest. In neighboring states, like Minnesota, locally breeding birds comprise the majority of harvest. This breeding population of Canada geese appears to be at normal levels, with an estimated 2014 breeding population of 323,099. These data are similar to estimates in 2013 and the long term average.

Overall, 2014 looks to be an excellent year for duck and Canada goose populations. With survey data now available, federal and state biologists are conducting analyses and harvest projections to help form hunting season structure in the coming weeks. As a part of this process, DNR staff will meet with state, federal and provincial agencies at the Mississippi Flyway Council meeting in late July. Following the council meeting and USFWS Regulations Committee meetings, these organizations will use further coordination to guide 2014 waterfowl hunting regulations.

This entry was posted in Species Management. Bookmark the permalink.