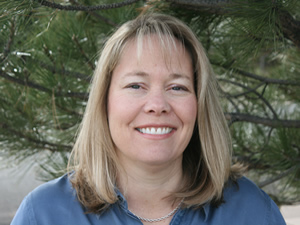 Her passion is conservation stewardship and the people of the Service who do that work in conjunction with the American people.

“I’m extremely pleased that Noreen Walsh has accepted the Regional Director position,” said Ashe. “She has proven herself as an accomplished and effective leader who will continue to be a tremendous asset to the Service. I look forward to having her on our leadership team to accomplish great things for the agency.”

In her new capacity as Regional Director, Walsh will oversee Service activities for 8 states in the region, including Colorado, Utah, Wyoming, Montana, North Dakota, South Dakota, Nebraska and Kansas – one of the largest geographic jurisdictions in the Service. She will lead more than one thousand employees across the region, from the regional office in Lakewood, CO to the Bozeman Fish Technology Center in Montana to the Flint Hills National Wildlife Refuge in Kansas.

Walsh will also oversee the protection and conservation of some of the last intact habitat for native species in the Region such as grizzly bears, wolves, sage grouse, ferrets and millions of migratory birds who journey through and breed in the Region’s Prairie Pothole landscape every year.

As Deputy Regional Director, Walsh served as the chief operating officer for the Mountain-Prairie Region, working to conserve fish, wildlife, and habitat for the continuing benefit of the American people. She coordinated activities of the region’s senior leadership team to pursue priority resource conservation goals in conjunction with state, federal and non-governmental partners.   Her responsibilities ranged from overseeing the streamlining of business processes, to furthering a culture of strategic habitat conservation, to planning for the future workforce needs of the agency.  She leads the Service’s role in a west-wide conservation initiative focused on greater sage-grouse and its sagebrush habitat, and has supported the “working landscape” conservation model under the America’s Great Outdoors Initiative.

Before becoming Deputy Regional Director, Walsh served in three other regions of the Service, as well as in the Headquarters office.  Immediately prior to her time as Deputy Regional Director, she served as the Assistant Regional Director for Ecological Services in the agency’s Southeast Region headquartered in Atlanta, Georgia. In that position she led over 300 employees in 14 offices and managed an annual budget of over $44 million.  She played a key role in many southeastern Endangered Species Act conservation efforts, as well as conservation on private lands through the Partners for Fish and Wildlife program.

Prior to that, Walsh served as a biologist at the Service’s Headquarters in Washington D.C.  She also worked in the Oklahoma Ecological Services Field Office during the late 1990s.  She spent the first five years of her Service career as a research biologist working out of Fairbanks, Alaska, investigating biological issues on the Arctic National Wildlife Refuge.

This entry was posted in News. Bookmark the permalink.