By Doug Smith Special to the Star Tribune 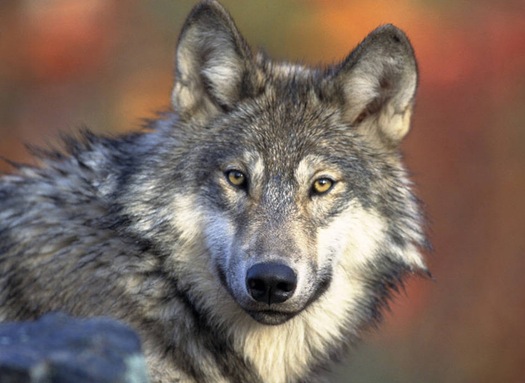 For the first time in four years, Minnesota’s 2,200 wolves aren’t in the crosshairs of hunters or trappers. The state’s fledgling wolf season was killed last December by a federal court ruling that reinstated canis lupus to the protection of the endangered species list.  Now individuals can kill a wolf only in defense of human life, and only federal trappers can remove or kill wolves causing livestock depredation.  Hunters and trappers killed 272 wolves last year.  “The intent of the wolf season was to allow sustainable hunting and trapping,” said Dan Stark, Minnesota Department of Natural Resources wolf specialist. “We weren’t trying to have an impact on the [wolf] population or [livestock] depredations.”  Winter severity and fluctuations of deer numbers have greater impact on wolf numbers than hunting and trapping, Stark said.  The DNR estimated 2,221 wolves inhabited Minnesota last winter and 2,423 wolves the winter before, a statistically insignificant difference.

A limited wolf hunting and trapping season could return as soon as next fall if efforts are successful to reverse the court decision, or if legislation introduced in Congress returns wolves in Minnesota, Wisconsin and Michigan to management by those states.

The U.S. Fish and Wildlife Service, along with Michigan, Wisconsin and several hunting groups, has appealed the Dec. 19, 2014, wolf ruling by Judge Beryl Howell of the District of Columbia. Minnesota isn’t a party to the appeal but supports it.

The federal government argued in an 85-page brief filed earlier this month that wolves in the three states aren’t threatened or endangered and claimed the judge incorrectly interpreted the Endangered Species Act.

In support, 26 U.S. and Canadian wolf and wildlife experts, including renowned researcher David Mech of the University of Minnesota, recently sent a letter to the U.S. Interior secretary and the U.S. Fish and Wildlife Service director arguing that wolf populations in Minnesota, Wisconsin and Michigan should be taken off the endangered species list.

Michigan had its first wolf hunt in 40 years in 2013, but this year’s hunt was banned there and elsewhere by court action.

“We believe that failure to delist wolves in these states is counterproductive to wolf conservation there and elsewhere where suitable habitat may exist,” the scientists wrote.

“The integrity and effectiveness of the [Endangered Species Act] is undercut if delisting does not happen once science-based recovery has been achieved.”

Said Adrian Wydeven, coordinator of the Timber Wolf Alliance in Ashland, Wis., and the author of 42 papers on wolves: “It is time for wolves in this region to return to state management and for the Endangered Species Act to focus funds and resources on truly endangered wildlife.”

The Humane Society of the United States, among other groups, filed the wolf-protection lawsuit that is now under appeal.

Supporting this effort, the Minnesota-based group Howling for Wolves has posted on its website an open letter from 29 scholars who believe Great Lakes wolves should remain protected under the Endangered Species Act.

The letter questions the adequacy of state wolf management and says wolf hunting and trapping seasons pose a significant threat to wolf recovery.

“Delisting is possible, if and when the Fish and Wildlife Service uses the best available science that justifies delisting,” the letter states. “Currently it does not.”

Legislation has been introduced in Congress to remove Great Lakes wolves from the endangered species list. Rep. Reid Ribble, R-Wis., is chief author, and several Minnesota representatives have signed on.

Minnesota Sen. Amy Klobuchar believes the science and facts support delisting, according to a spokesperson. She agrees with the federal government’s decision to appeal the court decision, and will consider supporting legislation to delist the wolf “if it becomes necessary,” her spokesperson said.

USDA Wildlife Services has received 214 complaints this year in Minnesota; last year, it received 115. Among domestic animals killed by wolves this year were 66 calves, 17 cows, 12 sheep and 14 dogs.

Wolves tend to thrive when snow is deep, Nohrenberg said, making it more difficult for deer to escape.

“If they’re hungry, they won’t pass up a dog,” Nohrenberg said.

Many of the dog deaths occurred along the North Shore.

The federal agency ran out of funds for its depredation control program Nov. 6, and local officials are waiting to see whether additional funding will be forthcoming.